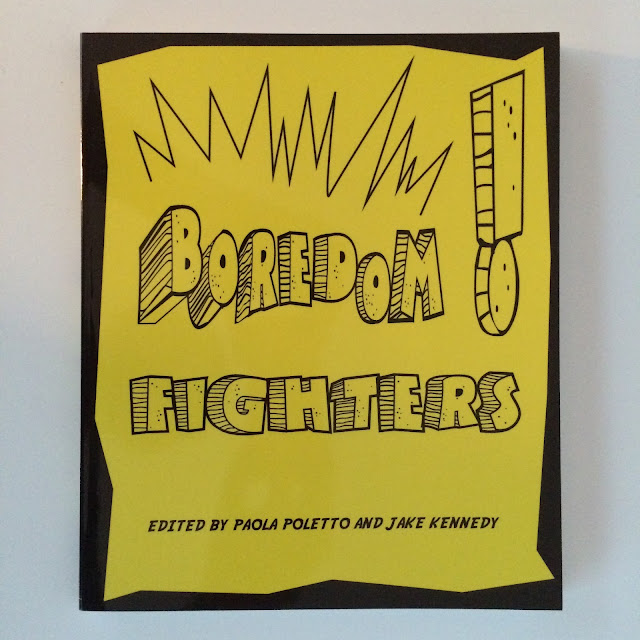 Graphic doesn’t always trump poetry and thus the ultimate tug of war is—in the most captivating sense—a real yawnyarn between word and image. We like images and we like words. With epigonic respect to Dada and concrete poetry—and with of-the-moment admiration for the graphic novel—we’d like to think (we do think!) editors Jake Kennedy and Paola Poletto have collected something other. They are also flatlanders, mandalas, leg chewers, leaf-shakers, dogs, televisions, calligraphy, typefaces, remote controls, tazers, lightning bolts, hotels, and sinking cities. All of them sticking intrepidly an unwavering index into the hirsute gargoyle ear-well of boredom. Thus, only the most exhilarating and deathless community of boredom fighters around.

- excerpt from Introduction by Jake Kennedy and Paola Poletto