As part of my tenure as Programs Director at the Design Exchange from 2001-8, I was co-creative director with John Sobol of digifest, an annual exhibitions and festival presented by Design Exchange in partnership with the Ontario Science Centre, under the direction of Kevin Von Appen, and Harbourfront Centre, under the direction of Patrick Macaulay. It featured the work of associate curators and over forty national and international speakers annually, who were focused on new media art, immersive environments, experimental film, web, and gaming. The program was supported by Arts Presentation Canada and Telefilm Canada, amongst several others. 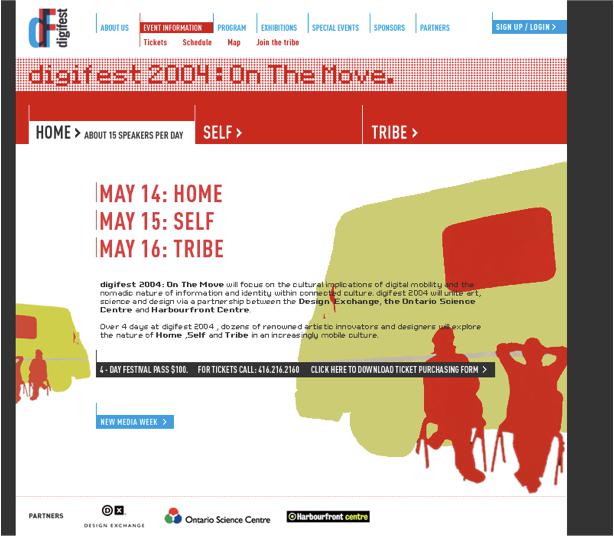 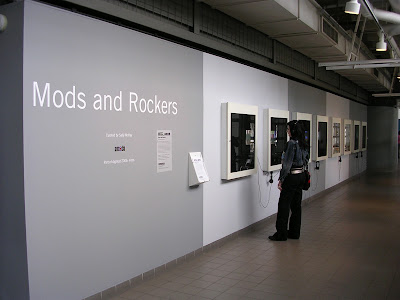 Mods and Rockers was curated by Sally McKay for Harbourfront Centre in 2006 when our theme was Mods or modifications to open source gaming engines.

Hers was a playful response with 8 local artists to the mods of music and fashion. 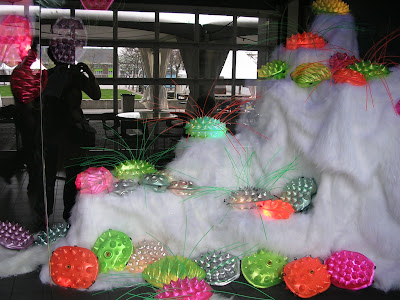 Montreal designer Simon Trudeau captivated us from a design, science and art perspective with these back packs he vacuum moulded, some with long tentacles. Each site had a whimsical installation. 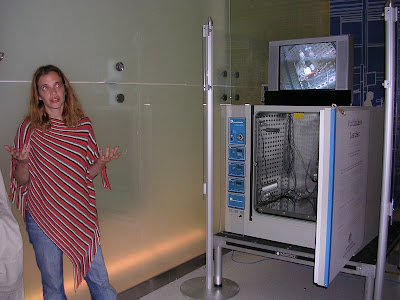 Over 8 years we heard from so many brilliant, thoughtful people, beginning with our very first keynotes by installation artist Rafael Lozano-Hemmer, speaking to his ground-breaking Vectorial Elevation in Zocalo Square, Mexico City in 2000; and co-founder of Asymptote Architecture, Hani Rashid, speaking to his Virtual Guggenheim Museum concept; through to our final keynote in 2008 by artist AA Bronson.

We created two educational learning sites from this work, including Electronic Cities, an environment designed by Marc Ngui that featured several artist interpretations of the future city, supported by Telus Foundation. 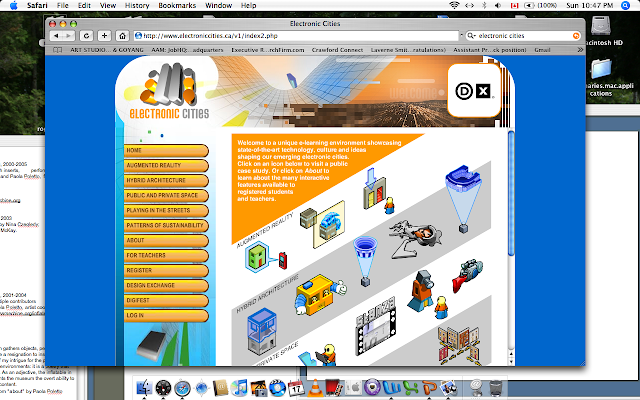 This festival continues with a different format and aim at George Brown College.