Gas Up! is an exercise for discovering and better understanding the city through the looking and mapping of gas stations across a selection of main streets. It has resulted in a series of 35 photos that Liis Toliao and I took in the early mornings, August 2014, of all the gas stations located on Toronto's main cross town streets running from the Rouge River on the east to the Mississauga border on the west: Danforth-Bloor-Dundas in the downtown; Eglinton in midtown; and Finch uptown.

When we started off, we had imagined an inverted triangle mapping the city, where gas stations radiate and increase in number as we move further north and out. Our stations map, however, looks more like a girdle. There are 10 stations on Danforth-Bloor-Dundas, equally divided east and west of Yonge, littered with cabs awakening at the city's borders. We were flummoxed that there are 9 stations on Eglinton, fewer than Danforth-Bloor-Dundas, and that they are clustered inside the city core. And Finch's 16 service stations, also equally divided between the west and east ends, invite us to drive even further out where Toronto swells beyond its borders into GTA. The work was installed at Harbourfront Centre as part of a group show called Suburbed curated by Patrick Macaulay, September-December, 2014.

Some might try to escape the angst of the inner city with the belief that the suburbs offer the space to achieve our dreams, but often end up with a long commute and a long driveway exactly like our neighbours’. Despite being surrounded by the conventions of suburban living, there are also the nonconformists who direct our attention to the changing dynamics of these communities. The artists in this exhibition challenge our presumptions of suburban sprawl. There is beauty to be found in the cul de sac, the loops and lollipops of the suburban streetscape, all of which contain the optimistic possibilities of vibrant street life, comfort and visual complexity. 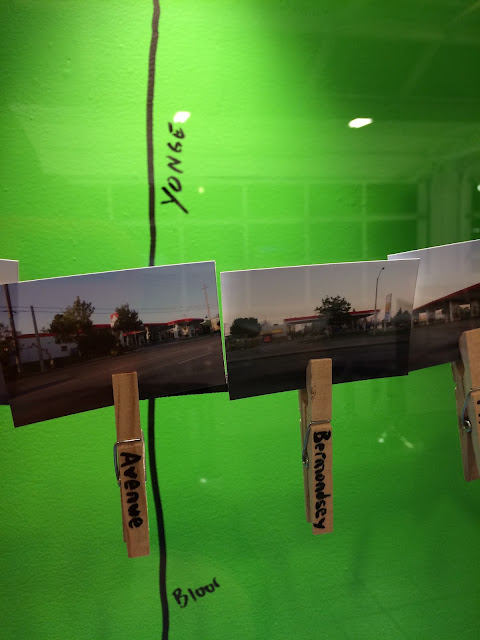 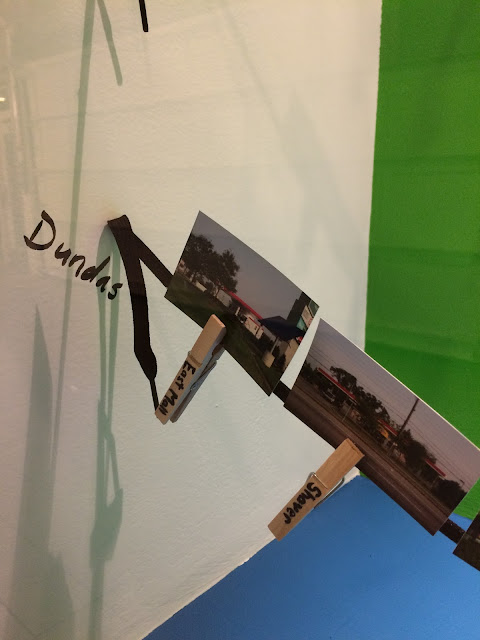 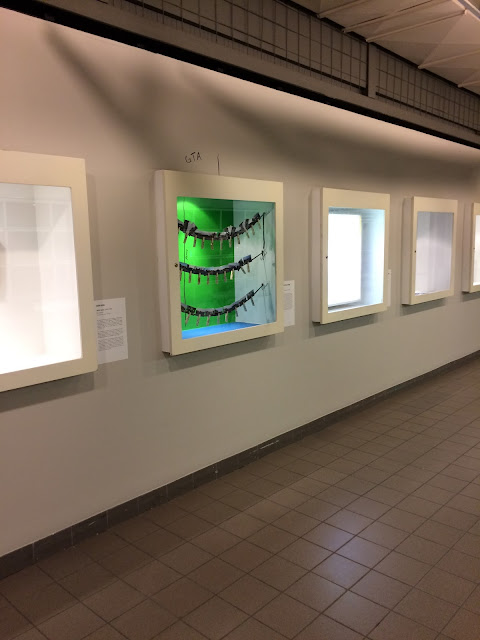