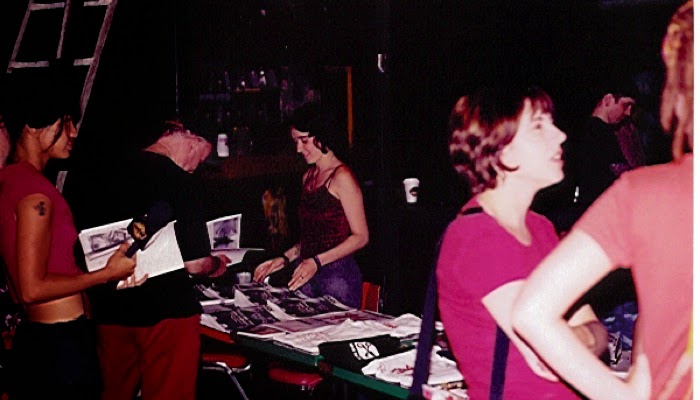 Clean and well-polished... The mag’s editors have neither sought to swat the hat over our eyes nor bolster their zine’s durability by high-talking trash culture.
—Matrix

Kiss Machine fulfills the role of the traditional English commons, the land set aside for the benefit of all in a community, where there is free intellectual exchange of information.”
—Surface and Symbol

A community on paper.
—Toronto Star

Kiss Machine (2000-2008) was founded and edited by Emily Pohl-Weary and myself (and propped by regular early contributors Jessica Westhead, Jesse Hirsh, and Paul Hong, and designers Angela Hajdu, Avery Hunsburger and Luigi Ferrara, and Matt Blackett). The little mag was a foray into independent art, literary culture, and political views and featured 30+ contributors each issue. In an effort to highlight the wackiness inherent in day-to-day life, each issue featured two seemingly discordant themes, which were shaped by our contributors. Kiss Machine had become a vital and innovative part of the Canadian cultural landscape. The Toronto Star dubbed it “one of four indie magazines to watch out for” and Quill and Quire wrote, “Reading Kiss Machine makes you wonder if [another lit magazine’s] editorial board is sipping a bit too much embalming fluid.” It was a 2005 and 2006 Utne Independent Press Award finalist, and received support from the Ontario Arts Council and Canada Magazine Fund. In my project essay, I wrote about the role of producer and produced, and being active agents of representation. Each issue was launched with performances including Human Faux Pas Collective (Adad Hannah, Clay Hastings, Mark Neufeld, Dave Cheong, and Dione Russell), Louise May, Sally McKay and Jean McKay, Sherwin Tjia and many more brilliant artists and writers. 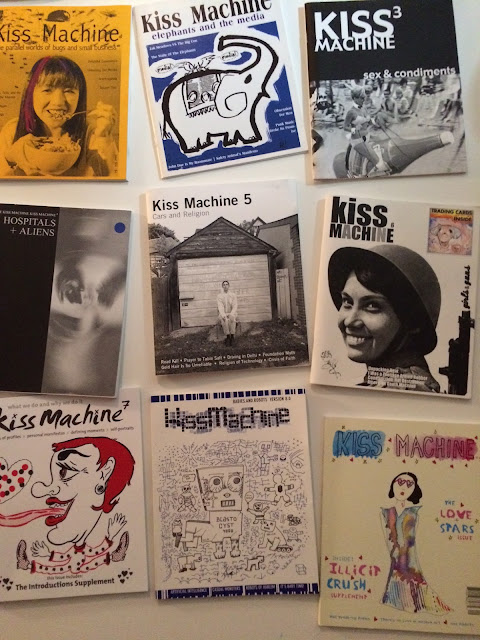