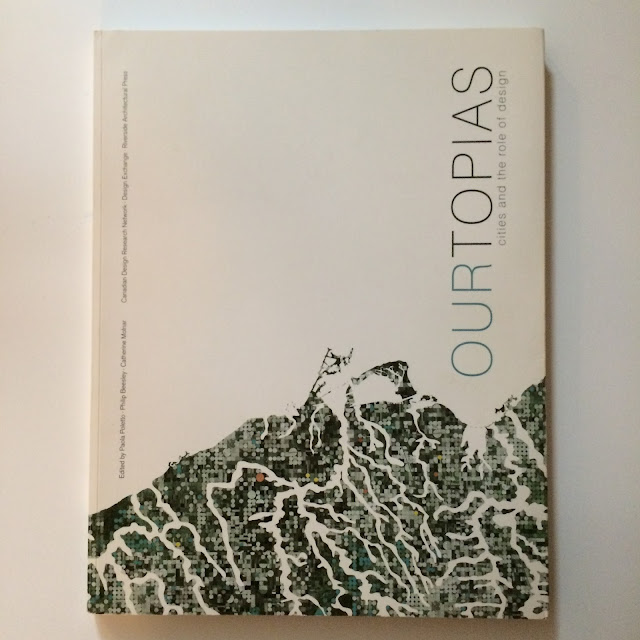 Ourtopias: Cities and the role of design is a collection of essays developed from presentations at the Ourtopias conference hosted by the Design Exchange in Toronto in 2007 during my tenure there as Senior Director of Programs (2000-8). The book is edited by Philip Beesley, Catherine Molnar and myself. The title of the conference was developed by Michael Prokopow and Samantha Sannella.

"City designers, activists, and legislators offered a widely varying focus that included poetic imagination, diverse public cultures, and practical methods for working with complex city forms. The essays gathered here probe how design affects the city today and how design can transform cities in the future. A quickened pace of urban development in Toronto provides the setting for the book, including rapidly increasing ambitions and scales in recent urban developments."

- Excerpt from Introduction by Paola Poletto and Philip Beesley.